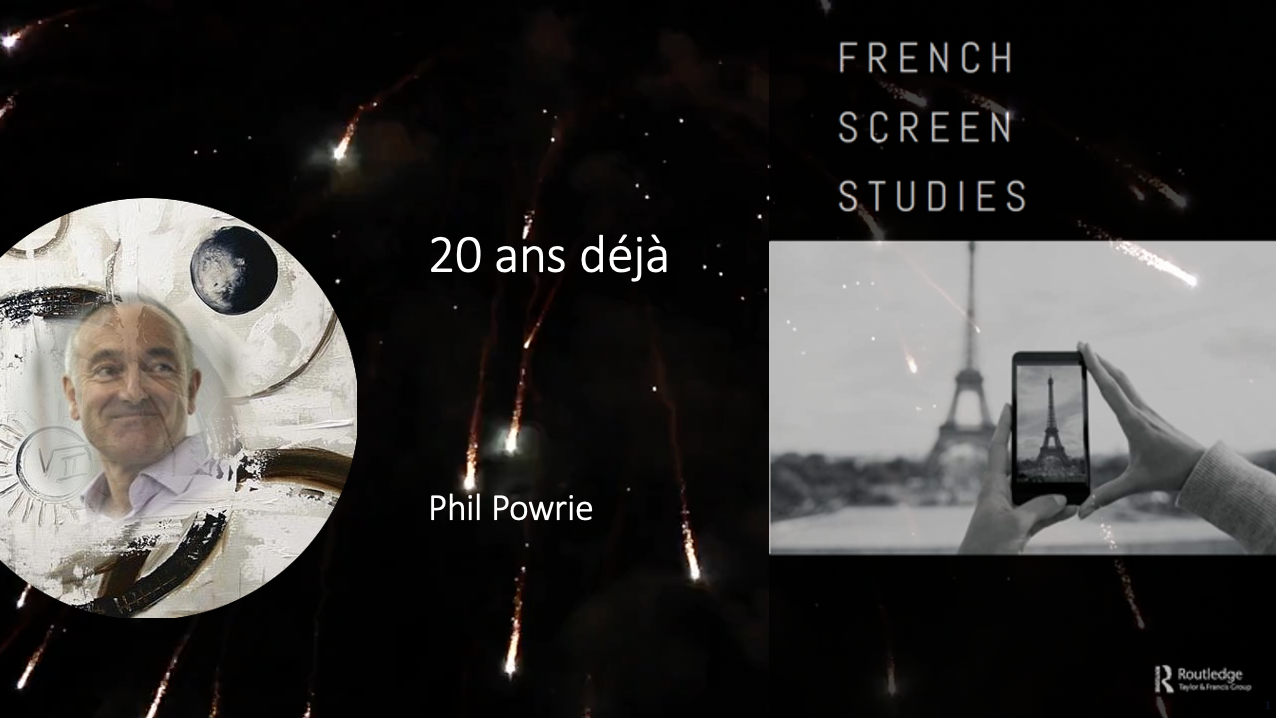 In November 2021 I organised the twentieth anniversary conference of French Screen Studies (formerly Studies in French Cinema) with Film Studies colleagues in the university of Lyon 2. I gave the opening introduction and later a paper on ageing stars in contemporary French cinema.

I then went to Paris to give the keynote paper for a conference on French operetta films.